If you’ve tried Sonic’s Crave burger, you likely know how the burger got its title. Indeed, the taste will leave you craving more, but the true star of the show is the Sonic Crave sauce! Still, not everyone wants to spend money buying burgers all the time.

So, you may be wondering if Sonic Crave sauce can be made at home. The answer? Yes! Sonic Crave Sauce can easily be made at home. In fact, it only takes a few ingredients that we’re almost positive you already have in your kitchen. So, if you’re ready, let’s dive into how to make this special sauce at home so you can enjoy it anytime you wish!

If you haven’t heard of the Sonic Crave Burger, you’re in for a treat. The Sonic Crave Burger was released around 2021 and its special sauce is described as being both tangy and savory. Vice president Scott Uehlein of the Sonic enterprise confirms that while the Crave Sauce is certainly the star of the show, it is the 100% beef patty, melty cheese, and fresh delicious toppings that really pull the flavor of the burger together.

Fans agree: the Sonic burger is delicious! Often described as a mix between tangy, slightly sweet, and savory, many people can’t say enough good things about this “crave-worthy” sauce. Just check out the many rave reviews from notable foodies on YouTube to see what we mean!

What Is Sonic Crave Sauce?

As previously mentioned, the Sonic Crave Sauce is the “mystery” or “secret” sauce that tops Sonic’s Crave Burger sandwiches. Those that have tasted the sauce seem to not be able to get enough of it.

So, what exactly is in this Sonic Crave Sauce you ask? That’s a good question! Stick around to find out.

What Is in Sonic’s Crave Sauce?

Now for the moment you’ve all been waiting for, and that’s what exactly is in the Sonic Crave Sauce, anyway?

While restaurants rarely release their actual recipes for secret sauces like these, many former employees and blog posts have attempted to spill the beans on how to make this crave-worthy sauce at home.

To replicate the flavor of Crave Sauce, you need a mixture of mayonnaise, ketchup, relish, and a few spices. Sound like Big Mac sauce? It isn’t. Though many thought the Sonic Crave Sauce would basically be a reboot of Mc Donalds’ Big Mac sauce, the truth is that it actually doesn’t taste much the same at all. And that’s surprising because the ingredients for making a copycat Big Mac sauce are very similar!

So if Sonic Crave Sauce doesn’t taste like Big Mac sauce then what does it taste like? That’s an interesting one.

Most people can’t actually put their finger on what Sonic’s Crave Sauce really tastes like. Some describe it as a flavor similar to Thousand Island. Others claim the Sonic Crave Sauce flavor to be more tangy, like green apples with notes of tomato. Some even describe it as mildly spicy!

No matter which way you slice it, Sonic Crave Sauce is not only delightful but also has its own unique flavor profile. Even amid many other famous sandwich sauces (like the board and brew sauce), Sonic has managed to whip up a unique and competitively delectable sauce that stands in a league of its own.

So, can Sonic Crave Sauce be defined as “good” by most standards? Yes, absolutely!

Most people that have tried the sauce have nothing but great thighs to say about it. Though we must admit, most of the time people tend to contort their faces when first tasting the sauce. The reason isn’t usually because they think the sauce doesn’t taste good. Instead, it’s because they can’t put their finger on what it is they are tasting. Many people have a difficult time describing the sauce other than to proclaim its deliciousness. And that, friends, isn’t a bad thing!

To continue to hone in on the Sonic Crave Sauce flavor profile, we thought we might answer a few of the commonly asked questions regarding the taste and ingredient makeup of this special sauce. The following are a few inquiries people often pose about the sauce before tasting it for themselves.

To some people, Sonic Crave Sauce does have a bit of a spicy kick, but not overwhelmingly so. The nice thing is that when making this kind of sauce at home you can switch things up to make it more of what you desire. More than anything, the Sonic Crave Sauce is described as sweet and savory with only a hint of spice.

Does Sonic Crave Sauce Have Dairy?

Still, if you make your own Crave Sauce at home, you can control the ingredients and thus can make your one dairy-free version right in your own kitchen!

Similar to inquiries about Sonic Crave Sauce as being dairy free, we cannot confirm for sure that Sonic’s secret sauce is not gluten-free at the moment. We can say, whoever, that our copycat version is 100% gluten-free—so feel free to indulge!

Ready to finally learn how to make Sonic’s Crave Sauce? Now’s your chance! Follow these ridiculously easy steps to whip up your own crave-worthy sauce in no time!

Love the Crave Sauce recipe but looking to alter the taste just a bit? That’s perfectly fine! In fact, that’s the beauty of making sauces at home–you can make things up as you go! Try these customizations to give the sauce its own unique flair, according to your personal preferences. 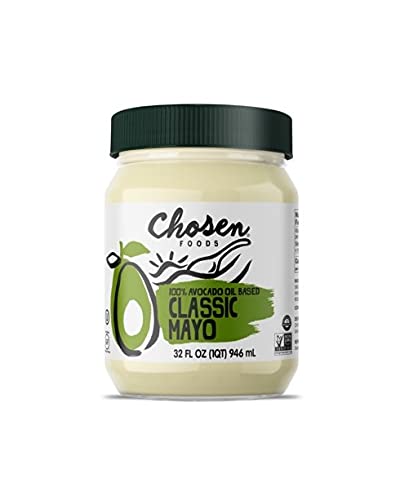 What Does Sonic Crave Sauce Go Well With?

Outside of serving up your freshly-made Sonic Crave Sauce on piping hot burgers, there are many other ways you can utilize the sauce as well. Consider using the sauce to amp up the flavor of the following delicious foods:

There’s no mistaking that people love Sonic’s Crave Sauce. Now, you can enjoy it right from the comfort of your own home! As you experiment with this deliciously tangy, savory, and flavorful sauce, feel free to swap out ingredients to better fit your dietary needs and health goals.

We hope you love our copycat rendition of this unique sauce!

What dipping sauces does Sonic have?

What is on the Sonic Crave cheeseburger?

The Sonic Crave Cheeseburger has fresh pickle, tomato, onion, lettuce, and cheese all atop a bakery bun with a 100% all-beef patty.

What kind of sauce is on a Crave burger?

Sonic’s Crave Burger features a “special sauce” unlike any other. It is often described as savory and sweet, with a bit of tang to it. It isn’t much like McDonald’s Big Mac sauce. Instead, it has more of a citrusy note but is still very delicious!

If you’ve tried Sonic’s Crave burger, the taste will leave you craving more, but the true star of the show is the Sonic Crave sauce!

Grab a small bowl and whisk.

Place sauce into an airtight container or jar and store for up to 1 week in the refrigerator.