The use of purple sea moss is a popular new trend. Purple sea moss is a specific kind of sea moss on the market. It can be made into a gel and used for a variety of purposes. Want to learn more about this purple moss and its benefits? If so, stay tuned. We’re delving into all of that and more in today’s post. 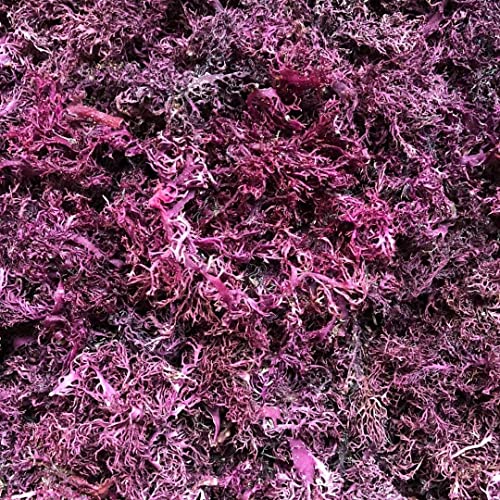 What is Purple Sea Moss?

Purple sea moss is a type of sea moss that has a deep purple hue. It comes in several different varieties. The Chondrus Crispus variety is only harvested in the summer and it tends to be more expensive than “regular “ sea moss types. Other types of purple sea moss include your “every day” sea moss in a purple color. Assuming that the color is natural this kind of purple moss may also be coveted simply due to its alluring color. 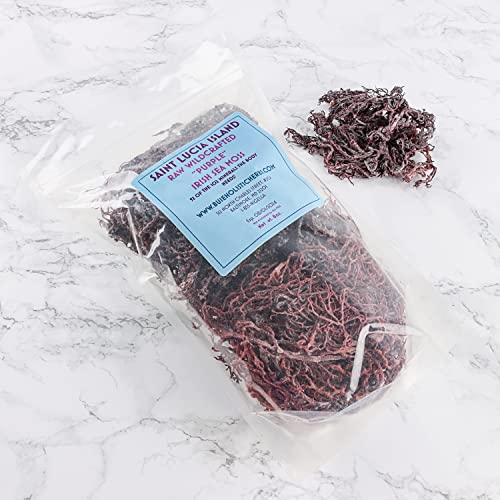 What Is the Purple Sea Moss Good For?

Purple sea moss benefits range from packing a nutritional punch for your body as well as being good for your skin. It is often added to drinks like smoothies to be easily ingested and to provide vitamins, nutrients, and antioxidants to the body.

What Is Purple Sea Moss Used For?

On top of being used in drinks and smoothies, you can also add purple sea moss to your food. It can easily be mixed in oatmeal, soup, stew, applesauce, and more for undetectable flavor but max nutritional benefits.

Many who love purple sea moss suggest that you ingest at least one tablespoon of the superfood per day for maximum benefits.

What Are the Benefits of Purple Sea Moss

Purple sea moss contains natural carrageenan and works to boost collagen in your skin. This can give your face a plump and fresh glow after you’ve used it for a while. Many like to combine their purple sea moss gel with other ingredients, like turmeric, to reap its full benefits.

The following are some of the major nutritional benefits that adding purple sea moss or purple moss gel to your food can provide:

What Does Purple Sea Moss Do?

Remember that purple sea moss is great for adding additional nutrition to your diet. It can also be used on your face to help with your skin. 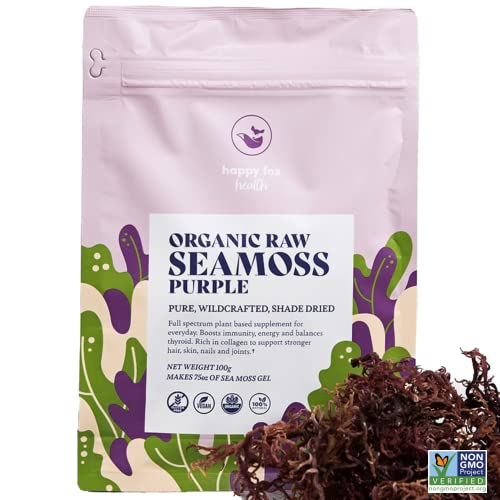 What Is the Difference Between Purple Sea Moss and Irish Sea Moss?

Actually? Purple sea moss is often Irish moss. While “sea moss” is a blanket term used to describe all moss, purple sea moss can either be Chondrus Crispus (Irish sea moss) or even Jamaican sea moss.

What Is the Difference Between Purple and Gold Sea Moss?

Gold sea moss is your most common variety of sea moss found and sold today. Purple sea moss (depending on the variety) is sometimes only harvested in the summer and tends to be more expensive.

Both offer various health benefits, and both are great additions to your diet and skincare routine (though purple sea moss may bolster even more benefits than its golden counterparts).

Yes, purple sea moss is natural. Not only this, but it can also sometimes be rare.

Purple sea moss may offer even more nutrients and health benefits than gold sea moss given the way it is grown and its deep hue.

Remember that there are differences between purple and gold sea moss. Other than the difference in hue, there are usually differences in where they are grown and harvested.

Purple sea moss is often said only to grow on rocks and be harvested in summer. Gold sea moss can be grown on ropes and can be harvested year-round.

How to Eat Purple Sea Moss

Now that you’ve got some information about the benefits of this popular purple seaweed, you may wonder how to use purple sea moss. To eat purple sea moss, you should convert it into a gel and then use the gel to stir into drinks, soups, dressings, jams, applesauce, and other delectables.

Where Does Purple Sea Moss Come From?

Purple sea moss comes from the shores of Ireland, but also from Great Britain, Maine, and other places where cool waters abound.

How Much Purple Sea Moss to Take Daily?

Take 1 one tablespoon of purple sea moss gel per day. When taken in capsule form, 1-3 grams daily is recommended.

However, see the instruction listed on the label of your purple sea moss supplements for further guidance.

How to Prepare Purple Sea Moss

How Long Do You Steep Purple Sea Moss?

Purple sea moss can be steeped in only 12-24 hours. Some may prefer to steep it longer at 48 hours.

Do whichever works best for your time frame.

Purple sea moss will have a taste that is a bit stronger than “normal” or golden sea moss. Raw sea moss is often said to taste like clams, oysters, and other underwater specimens.

Indeed, it does have a very earthy flavor, and you can expect this flavor to be much more pronounced when consuming purple sea moss in comparison to gold sea moss.

Why Is Sea Moss Purple?

Sea moss is purple because of the antioxidants they carry. These antioxidants are responsible for giving purple and blue-hued fruits and vegetables their color.

What Is Purple Sea Moss Gel Good For?

Which Is Better Gold or Purple Sea Moss?

Although both gold and purple varieties have their benefits, it is often the purple sea moss that is the better choice. This is usually due to its rarity and potent nutritional benefits.

What Is the Difference Between Purple Sea Moss and Regular Sea Moss?

There are several sea moss types that come in purple varieties. Thus, there are going to be many differences between the purple and gold varieties of each sea moss type depending on which type of sea moss you’re comparing it to.

Jamaican sea moss, for example, comes in purple varieties, but so does Irish moss. Outside of their initial color, these sea moss types will have to be compared on a one-to-one basis, though most types offer similar benefits. 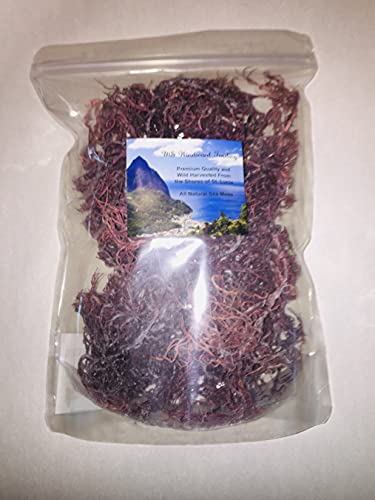 All in all, purple sea moss offers potent health benefits for our bodies and our skin. It comes in both Irish and Jamaican forms and can usually only be harvested at certain times of the year. Try making purple sea moss gel and adding it to your dishes like soup, stew, or smoothies to see what you think!

Where can I buy purple sea moss?

How long can purple sea moss be kept?

Purple sea moss can be kept for 3-4 months in its gel form as long as you keep it refrigerated.

What is purple sea moss does to your liver?

Sea moss is said to be able to improve liver function.

What are the benefits of purple sea moss?

Purple sea moss is an antioxidant powerhouse and offers many nutritional benefits to your body and skin.

What is the difference between gold and purple sea moss?

More color, such as in the case of purple sea moss, often signifies nutritional density and sometimes the presence of antioxidants. It is for this reason that purple sea moss is often preferred over gold varieties.