Most of us can agree that olive oil is good for health, but is it okay to use olive oil in oven? It can be! In today’s post, we’ll detail the safest ways to use olive oil in the oven and will also answer frequently asked questions related to the topic. So, without further ado, let’s begin!

Is it OK to Cook With Olive Oil in the Oven?

In fact, the latest research shows that unlike other types of oil, olive oil does not break down and release harmful compounds when in the oven as quickly as many believe.

Even so, many types of olive oil will still smoke and burn when exposed to high heat.

Will Olive Oil Catch Fire in the Oven?

Once olive oil reaches a certain temperature, it can, indeed, catch fire in the oven.

Does Olive Oil Burn in the Oven?

Yes, olive oil can burn in the oven at temperatures higher than what we’ve already recommended. For that reason, it may be best to cook with olive oil in the oven only at lower temperatures so that burning and smoking don’t occur.

Can You Put Extra Virgin Olive Oil in the Oven?

You certainly can. But remember that extra virgin olive oil is the first pressed oil of olives, and as such, cannot tolerate heat the way that a refined olive oil can. Therefore, it is important that you keep the heat low, preferably at 350F or lower, to prevent scorching. 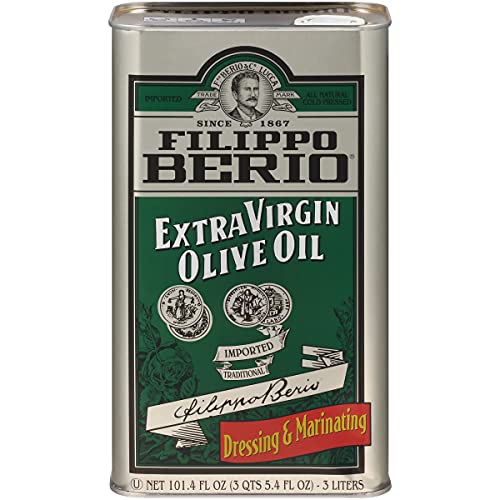 Is It Safe to Bake With Extra Virgin Olive Oil?

Extra virgin olive oil in oven is perfectly safe for baking provided that temperatures remain low. In addition, if you are adding olive oil into a baked good with incorporated ingredients, such as in a cake, you may not need to worry so much about the temperature of the oven.

Rather, you should worry about the oven’s temperature when the oil is brushed over something such as bread or veggies. It is at this point that the oil can become too hot and begin to smoke or burn.

Generally, olive oil smoke points range from 390 °F-450 °F, with extra virgin olive oil’s smoke point being the lowest. Refined olive oils can have high oven temperatures, but we still recommend hovering around the 400-425 mark to ensure that no burning or smoking occurs.

Olive Oil in Oven Is Safe at Certain Temperatures

Although it is safe for you to cook with olive oil in the oven, you should be aware of its smoke points to prevent a hazy and smelly kitchen. Having said that, recent research seems to indicate that though olive oil may burn and smoke at higher temperatures, it may not break down in composition and nutrients as quickly as many people believe.

Be safe and cook on!

How to roast vegetables in the oven with olive oil?

To roast vegetables in the oven with olive oil, be sure to choose refined olive oil. Preheat the oven to 425F and douse your veggies with the oil and a few seasonings. Bake for 20-25 or until veggies are tender. Sprinkle with parmesan and parsley, then serve.

How to clean olive oil spill in oven?

Baking soda and vinegar works wonders for cleaning oil out of an oven. Give it a try!

Olive oil in oven at 400 degrees may be safe. Do not cook extra virgin olive oil at this temperature. We only recommend trying it with refined olive oil.

If the olive oil is incorporated into a baked good (like muffins, pizza dough, cake, or cookies) you should be able to bake it at 425F with no problem.

We don’t recommend you try cooking with olive oil in the oven at 450F.