What Is Maple Syrup?

To start, it is important to understand what each type of syrup really is.

The maple trees are tapped during the sugaring season and are extracted, purified, and classified according to grade and purity. Darker grades contain a more robust flavor while lighter grades have a more subtle maple flavor.

Still, maple syrup packs plenty of natural sugar and carbohydrates, so you’ll want to watch portion sizes when consuming this delicious condiment to keep your blood sugar and caloric intake under control.

What Is Golden Syrup?

Unlike maple syrup, golden syrup does not come from trees. Instead, it is formed by transforming sugar cane or sugar beets into an inverted syrup by adding water and citric acid.

The production of golden syrup leads to a syrup that has a distinctive buttery caramel flavor and lends itself to use in a variety of recipes, including cookies, bars, ice cream, and sorbets.

Differences Between Maple and Golden Syrup

Now that you have a basic understanding of both types of syrup, let’s compare the differences between the two.

Recall that golden syrup is made by combining sugar cane or sugar beets with water and citric acid. Maple syrup, on the other hand, is extracted from maple trees. This means that pure maple syrup is a more natural syrup while golden syrup is more processed.

Note, however, that there is such a thing as maple “pancake” syrup. This is a type of syrup sold in grocery stores that contains pure maple but also has other added ingredients. These include high fructose corn syrup that make it cheaper and less pure.

Speaking of certain syrups being cheaper, it is important to note that because of the simplistic way that golden syrup is made, it ends up being much cheaper than pure maple syrup.

This inverted sugar syrup will cost you much less than pure maple syrup will. That’s because the cost of true maple reflects its scarcity and labor-intensive extraction process, not to mention its natural properties and health benefits.

Note: Remember that pancake syrup is different from maple syrup. This maple-flavored concoction will likely taste much stronger than pure maple syrup, will be thicker, and will coincidentally have a much lower price tag due to its hodge-podge of ingredients.

If terms of consistency, golden syrup tends to be a bit thicker than natural and pure maple syrup.

As a result, you can expect both forms of syrup to be sweeter than table sugar, and therefore, you may need to use less of either type of syrup when substituting them in recipes for sugar.

(You may have more interest in syrup, we’ve written about Starbucks syrup vs regular syrup on the blog!)

Whether you’re using homemade golden syrup or golden syrup purchased from the store, there’s no denying that this syrup made from refined sugar doesn’t hold a candle to pure maple syrup in terms of health benefits.

Maple syrup contains more vitamins and antioxidants than golden syrup and therefore is the healthiest choice comparatively by far.

Can You Replace Maple Syrup With Golden Syrup?

You can replace maple syrup with golden syrup.

However, you’ll need to keep in mind that golden syrup will likely pack more of a punch in terms of sweetness than maple. And it will, of course, lack maple flavor.

In addition, though golden syrup is a delicious syrup that’s often enjoyed in various dessert recipes, it isn’t something that should be considered healthy. There are nearly no health benefits to using golden syrup, though there are health benefits associated with maple syrup.

Which Syrup Is the Healthiest?

As previously mentioned, maple syrup wins out over golden syrup in terms of healthiness due to its nutritional value. The fact that it is sourced directly from red maple and black maple trees during the sugaring season also makes it win.

Like white sugar or table sugar, golden syrup can be considered very unhealthy, especially when consumed in excess.

If you love golden syrup, be sure to only consume it sparingly in baked goods, just as you would with any other dessert.

What Can I Use If I Don’t Have Maple Syrup?

Can I Use Brown Sugar Instead of Maple Syrup?

If you don’t have maple syrup on hand, you can use brown sugar. Or a combination of white sugar with a little added molasses to it.

Though the flavor profile won’t be quite the same, it can help add sweetness and richness to your dish or dessert calling for maple syrup.

You can also add maple extract to this mix if you are longing for maple flavor but don’t have any maple syrup on hand.

Is Honey Better Than Maple Syrup?

Still, both honey and maple syrup are beneficial for your body, provided that you only consume each in moderation.

Why Is Maple Syrup So Expensive?

Maple syrup often costs more because of its extraction process. The cost of maple will also be dependent upon the season and its availability at the time. 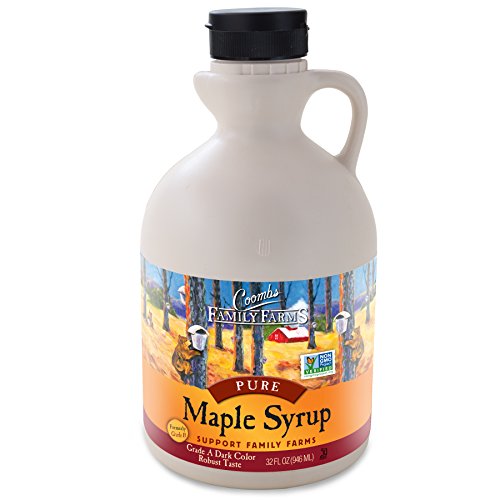 Though maple syrup and golden syrup may sometimes look the same, the truth is that the two aren’t very similar at all. The main difference between the two is that one is natural (pure maple syrup) while the other is not. Golden syrup and maple syrup also taste different, have different price points, and will often take on different hues.

Still, both syrup varieties serve to add a little sweetness to your life, and hey, who can argue with that?

We hope this has helped deepen your understanding of the differences between golden syrup and maple syrup!

Love making pancakes? These might be useful to you:

Maple syrup, not to be confused with artificial pancake syrup, is much better than golden syrup in terms of health benefits, natural purity, and nutritional value. Having said that, maple syrup may not always be the best swap for golden syrup in recipes, because the two syrups actually don’t taste the exact same.

Can I substitute maple syrup for golden syrup?

You can substitute maple syrup for golden syrup, but when you do, know that maple syrup may not pack as much of a punch in terms of sweetness, may vary in color, and will impart a maple flavor (instead of a buttery caramel flavor) to whatever you are making.

Do maple syrup and golden syrup taste the same?

Maple syrup and golden syrup do not taste the same. Maple syrup tastes, well…maple-y. It has a distinct flavor all its own, often associated with pancakes and waffles.
On the flip side, golden syrup has a buttery and caramel taste, more likely akin to butterscotch.

Which syrup is the healthiest, maple or golden?

Between golden syrup and maple syrup, maple syrup definitely wins out in terms of healthiness. A close runner-up would be honey, as it contains more vitamins and minerals than golden syrup. Still, you’ll want to be careful not to heat honey–doing so may be mildly toxic and may banish health benefits.

Most syrups like golden syrup don’t have an expiration date, as many can last at room temperature for two years or longer.
Still, you may notice that your golden syrup grows darker over time, which isn’t usually a cause for concern. If you notice smells, mold growth, texture change, or anything that should signify it having gone rancid, be sure to pitch the golden syrup and opt for a fresh one.