Maltesers vs Whoppers…are they the same? Not quite. Though these two types of malted milk chocolate balls share a lot in common, they have quite a few distinct differences that set them apart. Join us as we delve into those differences in today’s post.

Which Is Better: Maltesers vs Whoppers

When answering questions relating to chocolate, like Baking Chocolate vs Dark Chocolate and Is Red Velvet Chocolate, there are bound to be more questions that arise.

Many people love what they are accustomed to and flavor preferences can vary greatly from person to person.

Thus, answering the question of which is better when it comes to Maltesers and Whoppers is no different! Everybody will have their own opinion according to their preference.

Still, we’ve set out to compare these two chocolate malt balls to help you decide which malt ball might better suit your taste buds. 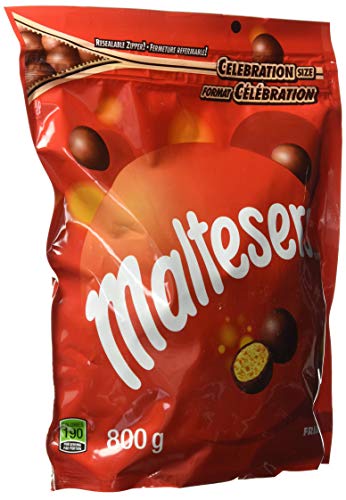 Maltesers were originally developed by American-founder Forrest Mars Sr. in 1936 though they were manufactured in England. They were designed to appeal to weight loss in women at the time; even to this day, their slogan remains, “A lighter way to enjoy chocolate”. Maltesers later went on to be sold in Australia, New Zealand, Ireland, and Canada. Only recently have they begun being sold in the United States. 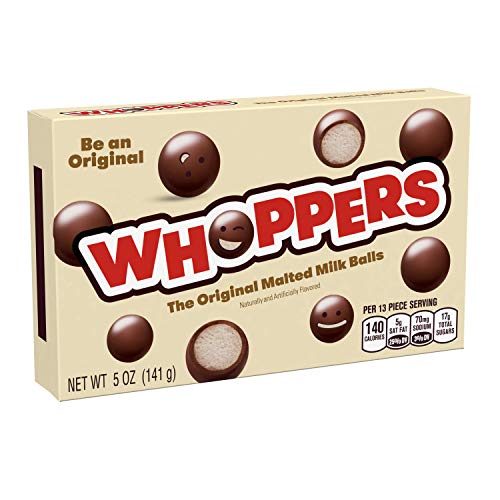 Whoppers, originally coined “Giants”, hit the scene in 1939 by the Hershey Company in America, until they eventually began to go by their better-known name–“Whoppers”–in 1947.

Whoppers candies were initially sold unwrapped at a cost of a penny for two. Eventually, the candies began being sold wrapped and placed in either a small cardboard box or a milk-carton-shaped box which is how they are sold present-day. 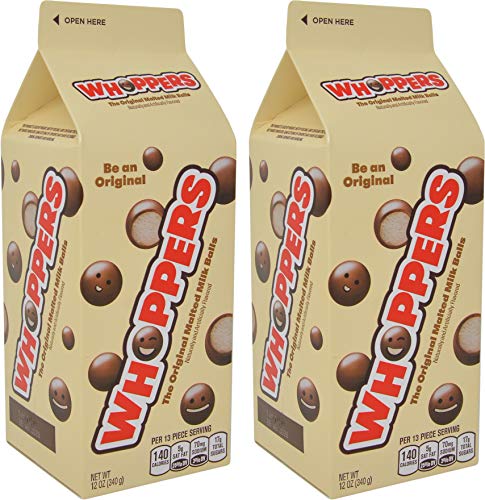 Which of the two candies tastes better will depend strongly on your preference.

Whoppers are described as having a stronger malt flavor, with a very cruncher interior and a thinner chocolate layer.

Maltesers, on the other hand, boast of a thicker chocolate coating but with an aerated cookie-like interior making Maltesers taste lighter and possibly more chocolatey than Whoppers.

Let’s be honest… neither candy is going to make you any healthier. In fact, the two look very similar when you compare their sugar, carbohydrate, and calorie content.

Without being too nit-picky, one area in which both Malteser’s and Whoppers seem to differ most is sodium. Whoopers has about 70 mg of sodium while Maltesers appear to only have 33.2 mg.

When you compare Maltesers to Whoppers in terms of sugar content, you’ll likely discover that the two aren’t much different.

Still, Maltesers have a slightly lower sugar content with 14 pieces being the equivalent to 15.5 grams of sugar. Whoppers contain 17 grams of sugar per 13 pieces.

Whether or not Maltesers or Whoppers are more popular depends largely on taste.

Most people tend to agree that Maltesers taste better and are of better quality than American–made Whoppers.

Still, those who prefer a stronger malt taste will likely gravitate towards Whoppers quicker than they will Maltesers.

Nevertheless, both types of candy have sales that continue to soar, with no sign of slowing down anytime soon.

Maltesers vs Whoppers: Amount Per Package

Maltesers tend to come in a variety of package and box sizes. You can often find them in boxes weighing 110-120 grams. The actual amount of Maltesers balls in each package varies by weight.

Whoppers also come in a variety of sizes and packaging. Generally speaking, Whoppers can be found in bite-sized packages composed of about 10 balls, while bigger boxes range anywhere from 5-12oz.

Maltesers on the other hand, now come in fully recyclable cardboard boxes or may also be found bagged in smaller packages.

Malteser’s vs Whoppers: Uses in Cooking

Believe it or not, there are many useful ways to use both Maltesers and Whoppers in recipes. Check out the following ways to incorporate these delicious malted balls into your next dessert:

Are Whoppers Better Than Maltesers? You Be the Judge!

When it comes to which is better – Whoppers or Maltesers – you’ll have to be the judge.

Both originated from different countries, so the malted ball to which you are most familiar is likely to be your preference. However, because there are more distinct differences between these two malted balls than what you might imagine, it may be worth it to give them both a try!