The popularity of Jamaican sea moss is on the rise and for good reason. This superfood has much to offer, but know that it isn’t the same as other sea moss types. Interested in learning more about Jamaican sea moss and its benefits? If so, then stick around.

What Is Jamaican Sea Moss?

Jamaican sea moss is a type of sea moss (or sea weed) that can be found along the shores of Jamaica, Africa, South America, and some regions in Asia. It belongs to the genus gracilaria family, although it is commonly confused with other sea moss types.

Jamaican sea moss can come in a variety of colors including gold and purple varieties. However, it shouldn’t be confused with purple Irish moss, or chondrus crispus, as these two are different entities.

What Is the Difference Between Jamaican and Irish Sea Moss?

This is a great, and very important, question. Jamaican sea moss is often confused with Irish moss, especially when both sea moss types are purple varieties.

To be clear, both Jamaican and Irish sea moss can come in shades of purple. The difference, however, lies in how they’re grown, their health benefits, and their scientific names.

Irish sea moss, as the name would imply, grows along the coasts of Ireland as well as other locations. It is a bit more difficult to find and there are many imposters out there that claim to be Irish moss and are not. In fact, Jamaican sea moss is often improperly labeled as Irish sea moss which is often a syntactic error that many people make.

Irish sea moss is only available for a limited time in the summer season which adds to its appeal. It is usually found on rocks and is typically only found in natural habitats, unlike other sea moss types that can be grown in pools.

In reality, Irish sea moss is much rarer and contains more health benefits than Jamaican sea moss. It is also more likely to be organic and is often more expensive as a result.

On the flip side, Jamaican sea moss is widely sold and comes in both golden and purple varieties. Though it may not boast of as many health benefits as true Irish sea moss, it does offer enough nutritional qualities to make it worth your while.

Unlike Irish sea moss, Jamaican sea moss is grown year-round. While it can be found in its natural environment (which is preferable) it can also be grown in pools. Because of this, you’ll want to do your best to pick wildcrafted Jamaican sea moss when you’re able. This will also ensure you get the maximum amount of benefits from your sea moss and sea moss gel.

What Is Jamaican Sea Moss Good For?

Jamaican sea moss benefits abound when it comes to delivering a nutritional punch to our bodies. Jamaican sea moss is chock full of vitamins and nutrients. It even contains 92 of the 102 essential minerals required for our bodies to function properly!

Not only this, but Jamaican sea moss, when converted into a gel, can be awesome for your skin. Simply apply it topically as you would a facial mask and rinse after a few minutes have passed.

What Is Jamaican Sea Moss Used For?

Many who use Jamaican sea moss convert it to a gel first before using 1-2 tablespoons of it in foods. In its gel form, it can be easily added to applesauce, smoothies, soups, and stews, and can even be made into a traditional Jamaican drink.

Don’t worry! I’ve got more on the details about how you can make your own Jamaican drink using sea moss later! 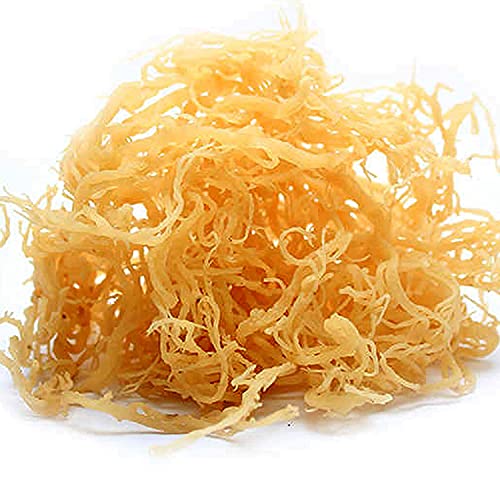 How to Prepare Jamaican Sea Moss

If you’re wondering how to make Jamaican sea moss gel, you’re in for a treat. That’s because it’s really easy!

As you can see, Jamaican sea moss is both delicious and very nutritious. Though it isn’t the same as coveted Irish sea moss, it does pack plenty of health benefits and can be used in a variety of ways.

When using Jamaican sea moss, be sure to convert it into a gel first if you plan to add it to foods or use it on your skin. The process is easy and its versatility is unmatched!

I hope this has helped!

How to make a sea moss drink like the Jamaican restaurants?

Where to buy Jamaican sea moss?

Jamaican sea moss is most often sold online. Just be sure to pick up the wildcrafted sea moss; it’s better for you and higher quality!