Dr. Pepper is a hallmark drink of America and one of the most beloved brands here. It also claims to be one of the oldest major soft drinks in the United States, which is quite the claim. But who actually owns Dr. Pepper? It is often seen with different brands which creates a little confusion, but it is in fact an independent brand! This article will explain further the history of the brand and why there are different Dr. Peppers!

Is Dr Pepper a Coke or Pepsi Product?

As previously mentioned, Dr. Pepper is neither a Coke or Pepsi product. It is in fact an independent brand called Dr. Pepper Snapple.

In multiple regions throughout North America, this company owns and operates its own bottling and distribution facilities where you might find the Dr. Pepper soft drinks merchandised separately from Coke and Pepsi.

Other regions, such as Canada where PepsiCo has bottling rights, PepsiCo or Coke own the bottling and distribution rights to the brand. These agreements are negotiated through high level executives and brand managers that typically includes but are not limited to royalties, minimal sales guarantees, merchandising commitments and so on.

This type of arrangement is mutually beneficial, as a company like Dr. Pepper benefits from a very efficient, marketing and distribution giant that can respond to customer needs quickly throughout the region.

Likewise, PepsiCo and Coke benefit from adding a billion-dollar brand to their portfolio that is recognized by millions of people and adds to their profitability, and also helps drives sales of their other brands that are cross-merchandised alongside Dr. Pepper. 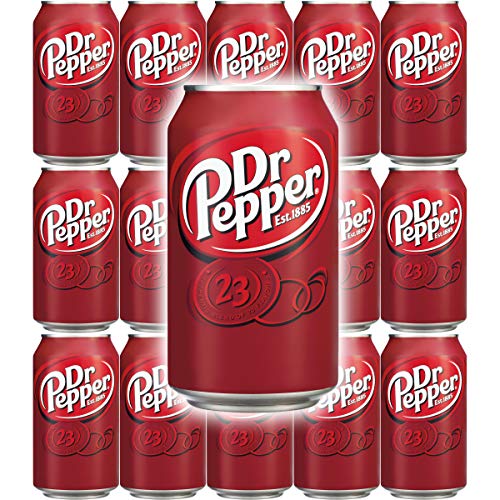 A Short History of Dr. Pepper

The drink Dr. Pepper was first created on February 12, 1885, when Charles Alderton made the original blend of herbs and spices which he named Dr. Pepper. His original intention for the drink was to give it to pharmacist Wade Morrison in celebration of a new deal they made.

Morrison had made a business providing soda fountains to drugstores, and in exchange, Alderton supplied Morrison with syrups. Morrison originally turned the syrup down because he thought it was too sweet. Instead, Alderton took his syrup creation to Waco, Texas where he sold it at a pharmacy.

Not long after, people were demanding Alderton’s product over bigger brand names such as Coca-Cola. The rest is history!

As one of America’s most popular drinks, it has a truly unique flavor, which has been described as everything from cherry coke with hints of wintergreen, to cherry-flavored bubble-gum. 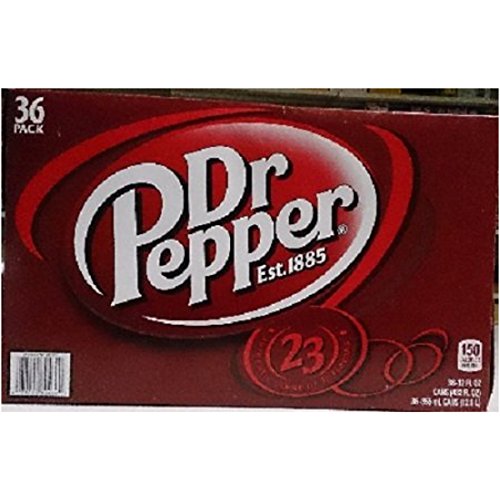 Why Are There Three Different Dr. Peppers?

You may not be aware of this, but there are actually three different types of Dr. Peppers!

The following is a quick description of the three different types of Dr. Peppers:

What Are the Similarities Between Coke and Dr. Pepper?

Keurig Dr. Pepper and Coca-Cola are two products that both contain high fructose corn syrup, caffeine, caramel color, and natural flavors. The two drinks contain 16 grams of sugar in a 12-ounce can.

Saying that, Coke has much higher levels of sodium per serving – 41 milligrams, compared to 34 milligrams in a Dr. Pepper serving.

Coke actually has 35 percent more carbonation in a serving than that of Dr. Pepper.

So, is one brand healthier than the other?

The answer is not really. If you are looking to limit your consumption of calories, fat, or carbohydrates, then choosing the diet option of the drink is the best option for you.

While the taste might differ slightly, some people think that the diet version tastes better. You’ll have to figure that one out for yourself! 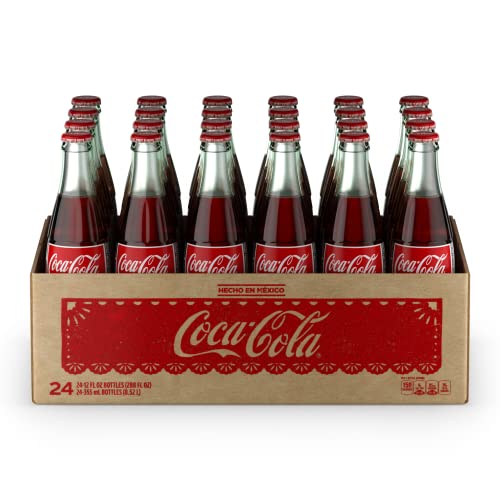 What Are the Differences Between Coke and Dr. Pepper?

Both Coca-Cola and Keurig Dr. Pepper are two extremely popular soft drinks, which are found in most American households. And as they have their similarities, they have their differences too.

The flavor between the two is the most obvious difference. While Coca-Cola has more citrus flavors to create its distinct flavor, Dr. Pepper has more of a sweet flavor, which is arguably (depending on the type of Dr. Pepper you are drinking) cherry/raspberry flavor.

What Other Associations Have Dr. Pepper had with Coca-Cola and Pepsi?

Throughout the lifetime of Dr. Peppers brand history, Dr. Pepper has gone through many different changes and has faced many different adversities with other big brand names in the soft drink industry.

Back in 1951, Dr. Pepper and Coca-Cola battled it out legally over a trade agreement. This ended in a heavy lawsuit against Coca-Cola.

Since then, The two brands Dr. Pepper and Coca-Cola have had a much more positive relationship, where the two companies were seen working together in using Coca-Cola bottling facilities to bottle Dr. Pepper products.

There have been several times throughout the two companies recent histories where they have attempted to merge for financial benefit to both companies. The federal trade organization actual forbade this merger, because it would give the merged company a monopoly over the soda industry.

Pepsi, however, has not had as big an economic impact on the history of Dr. Pepper. Pepsi has played a large role in Dr. Pepper distribution. Until very recently, Pepsi and Coca-Cola were the primary distributors of Dr. Pepper, and produced the bottles in which Dr. Pepper as served in.

It is reasons like these convey why Dr. Pepper has had such a spread in its reach, and why Dr. Pepper is often seen alongside Coca-Cola and Pepsi in the soda section in supermarkets.

What Other Brands Are Owned by Dr. Pepper Snapple?

The following is a list of drinks that are owned by Dr. Pepper

Is the Same Recipe Used for Dr. Pepper in the UK as Well?

Dr. Pepper is produced for countries outside the US also, namely the UK.

The sugar which is used in these countries is often produced using sugar cane or sugar beet. Meanwhile, high-fructose corn syrup is made from corn, or maize.

Sugar has a higher calorie content than that of high-fructose corn syrup. But it actually has less of an impact on insulin levels.

Some people prefer Dr. Pepper to be made with sugar instead of high-fructose corn syrup. Particularly if they suffer from diabetes or are trying to avoid diabetes, as it has less of an impact on their insulin.

If you are looking for a hit of energy, then the high-fructose corn syrup version will be better. This insulin hit will kick you back into action, especially paired with the little caffeine hit!

Sugar-based drinks are actually more expensive to produce and therefore, this sugar-based production method is actually considered a premium product. Lots of people also consider of the sugar-based drink to taste better than the high-fructose corn syrup drink.

Are There Any Health Benefits to Drinking Dr. Pepper?

While drinking Dr. Pepper doesn’t have any health benefits, if it is drunk in moderation alongside a healthy balanced diet, it will not harm your health either.

Drinking too many soft drinks can have a negative effect on your health. They can potentially put you at risk of obesity, diabetes, heart disease, and other conditions. While soft drinks are good to get you out of a slump by providing an initial sugar high, they are always followed by a sugar crash. This can sometimes leave you feeling worse.

If you start to regularly consume high levels of sugar, your brain will become accustomed to needing that level of sugar. This then will bring on those sugar cravings when you’ve not had your sugar fix.

This can lead to a cycle of addiction. This is difficult to break out of if you do not stay in check of your consumption habits. In order to avoid this from occurring, it is recommended that you do not exceed one or two 12-ounce cans of soda per day. Even better, you should switch to diet sodas instead. This will cut out the sugar in your drink, while still getting to enjoy the sweetness of the drink.

Note: No matter what type of soft drink or sweetened beverage you choose, if you drink more than one serving each day, this is directly linked to weight gain over time. It is essential that you drink these drinks in moderation. There are many ways to get a sweet fix into your diet without causing weight gain. 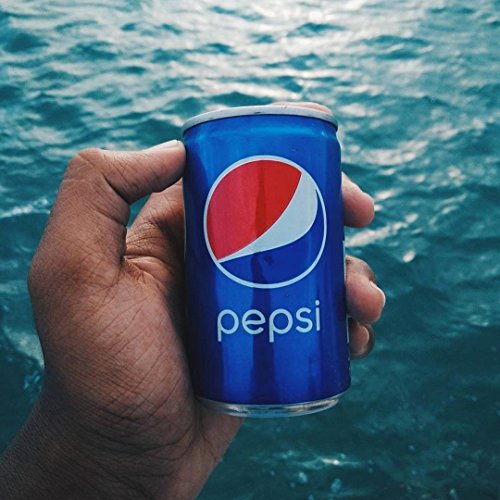 Is Dr. Pepper a Coke Product?

Dr. Pepper is crafted with 23 different flavors and is not a cola drink. It is a completely unique flavor that has been found difficult to define. It is not owned by the brand Coke either, it is owned by Dr. Pepper Snapple.

What is Mr. Pibb?

Mr. Pibb is a spin-off that Coca-Cola Company created in 1972, whose intention was to make a competitor for the growing success of Dr. Pepper. The original name for the drink was supposed to be ‘Peppo’, but after losing a lawsuit to Dr. Pepper because the name was too similar, they changed the name to Mr. Pibb.
This new name gave the product an immediate association with the flavor of Dr. Pepper, so it would give consumers an idea of what to expect from the product.

Dr. Pepper is such a popular drink thanks to its great taste. Along with a little sugar and caffeine boost, it is the perfect remedy to get you out of an afternoon slump. It has a rich history, particularly holding the title of oldest standing major soft drink. It is no wonder its been a household favorite for so long!

If you want some more information on other types of soft drinks, I have written some other similar blog posts. Check them out!