Why Would You Boil Chicken Wings in the First Place?

When it comes to making chicken wings, the farthest thing from your mind is probably boiling them. But boiling chicken wings can actually be very beneficial for more reasons than one.

Here are a few reasons many people choose to boil chicken wings in the first place:

How Long Does It Take to Boil Chicken Wings

How Long to Boil Chicken Wings Before Grilling

You’ll want to boil your chicken for approximately 7 minutes before finishing them on the grill.

Know that chicken wings cooked this way won’t be cooked completely. However, this parboiling process shaves off cooking time and helps prevent your grilled meat from drying out.

The method of boiling chicken so that they are partially cooked prior to grilling is known as parboiling. Some cooks prefer this method over boiling the chicken until it is completely cooked all the way.

If you are wishing to parboil your chicken before grilling, you should boil them for only 5-7 minutes before transferring them to the grill.

Frozen chicken wings will take a slightly longer time to boil than fresh wings at about 25-35 minutes depending on the number of wings you are boiling.

Boiling smaller wings might take less time, so you may want to check them at the 15-minute mark and possibly every 5-10 minutes thereafter until they are fully cooked through.

Boiling chicken from frozen adds convenience to an already simple process. Instead of having to wait for your wings to thaw, simply throw them in a pot of boiling water with salt and seasonings and let the magic happen.

Later in this post, we’ll be unveiling some out-of-this-world seasonings you can add to your pot of water to cook your chicken in that makes the wings flavorful and well-seasoned, and also, serves to provide you with your own chicken broth that you can use in other recipes. Sweet!

How Long to Boil Chicken Wings Before Frying

You can parboil chicken for about 7 minutes to get them prepared for frying.

How Long to Boil Chicken Wings Until Done

Chicken wings should be boiled at least 15 minutes before they can be considered done but it will really depend on the size of the wing.

Because some wings are so small, it might be a good idea to check them at 10 minutes and at increments of 5 minutes beyond that to ensure that the wings are all the way cooked through.

As a side note, wing meat should register at least 165F to be considered safe to eat. To know for sure, use a meat thermometer to check for doneness. 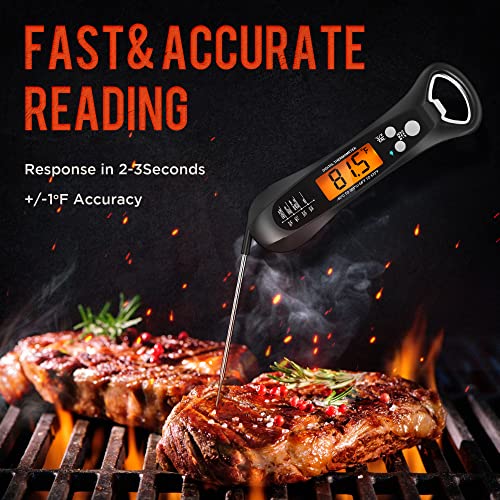 How Long to Boil Chicken Wings Before Baking

Boil your chicken wings for about 20 minutes (15 minutes for smaller wings) before transferring them to the oven for baking.

Sometimes, it can be a really good idea to boil chicken before baking it. Not only does this cut baking times significantly, but it also can lead to juicer meat. By baking the chicken after you’ve boiled the meat, you crisp the skin while leaving the inner flesh of the chicken tender and juicy.

How Long to Boil Chicken Wings For Soup

How long you should boil chicken wings for soup comes with two answers, and will depend on what is meant by the question.

If you want to boil chicken wings whose meat you wish to use in a soup later on, you will want to boil the wings anywhere from 15-20 minutes or more depending on the size of the wings.

If, on the other hand, you wish to boil chicken wings to use for the broth and meat combined, know that you’ll get the best results the longer you cook. Therefore, we’d recommend boiling your chicken wings for at least 1-2 hours for depth of flavor before shredding the chicken meat from the bone and re-adding it to your broth to make soup. Of course, feel free to add other vegetables you plan to use in your soup as the wings boil.

Boiling small chicken wings may only take anywhere from 10-15 minutes if you can believe that.

Because there isn’t a ton of flesh on small wings and much of the meat is taken up by bone, chicken wings don’t take a lot of time to get cooked through.

Thus, if you are looking for a quick and easy snack, boiling your chicken wings can provide that for you in as little as 15 minutes, flat!

Now that we’ve talked up boiled chicken wings, it’s time to give you the goods cornering how to make them. Follow this simple and easy recipe to make killer boiled wings every single time!

How to Boil Chicken Wings

Optional: To kick things up a notch, toss these in the oven at 425 degrees F and bake for 4-5 minutes on each side until the chicken is crispy and brown. Then, brush with buffalo sauce, BBQ sauce, or leave them plain before serving. Don’t forget to use the water left over from boiling your chicken wings for soup or for another recipe that calls for chicken broth. Enjoy!

How Long to Boil Chicken Wings to Eat? Not Very Long!

Though not everyone thinks of boiling chicken wings, it is actually a really simple and easy way to enjoy chicken without having to dirty up too many dishes. This fast and easy rendition of chicken wings can be played up with your favorite sauce, enjoyed plain, or thrown on the grill or in the oven for added crispiness and depth of flavor.

We hope you’ve enjoyed this post. Until next time!

If you are wishing to parboil your chicken before grilling, you should boil them for only 5-7 minutes. You can also learn about boiling chicken legs on the blog.

How Long Should You Boil Chicken Wings to Pre Cook Them?

Around 7 minutes for room temperature chicken, and up to 35 minutes from frozen.

How Long to Boil Chicken Wings For Crispiness?