Thankfully, it’s not as hard to make Harry Potter cupcakes as you may have expected. On top of that, there are plenty of different options you can pursue or experiment with! So whether you’re making Harry Potter birthday cupcakes or Harry Potter baby shower cupcakes, there’ll be something for you in this article. With that said, let’s take the train into Hogwarts to find the perfect cupcake ideas!

The use of cake toppers is probably the easiest way to instantly elevate any cupcake – Harry Potter or not. You know what else you can do to elevate them even further? Well… You can make them yourself!

This video, posted by YouTube channel Krazy Kool Cakes And Designs, features a complete tutorial on making six different versions of Harry Potter inspired cake toppers. To top (intentional) it all off, these cupcake toppers are completely edible! Add these toppers to your favorite cupcake recipe – I’m partial to these boozy cupcakes, but they may not be the best choice if you’re making these for a kid’s party.

If you’re interested in cake toppers but don’t want to go through the hassle of making them, look under ‘Other Harry Potter DIYs’ to find links to ready-made cupcake toppers. While not all of them are edible, they are much easier and less time-consuming than making your own!

Possibly the most creative of the lot, these sorting hat cupcakes don’t require as much work as making all the different edible cupcake toppers. The idea behind them is that when you take a bite, your house is revealed by the color of the filling. The cupcakes are topped off with, again, handmade sorting hats.

However, if you don’t want to hand-make these, you can buy (inedible) sorting hat cake toppers online. You can also opt to make just the sorting hat and skip out on the house-filling. If you want to learn how to make Harry Potter sorting hat cupcakes, check out the Tastemade article I just linked to. 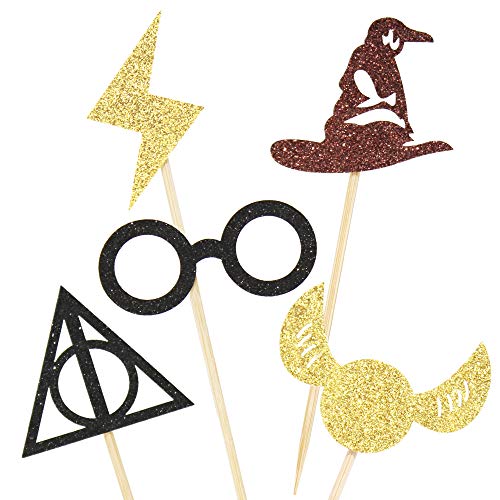 Butterbeer cupcakes take the flavors from Hogwarts into your hands in the form of a delightful little fairy cake. The best thing about this is that you can use a butter beer cupcake recipe for any sort of Harry Potter-themed decoration! If you want to bring two ideas you’ve seen on the list together, rest assured that there are plenty of options for you. This butterbeer sorting hat cupcake recipe is the best I’ve found, but there are plenty of others – including recipes on making butter beer frostings…. But more on that soon! 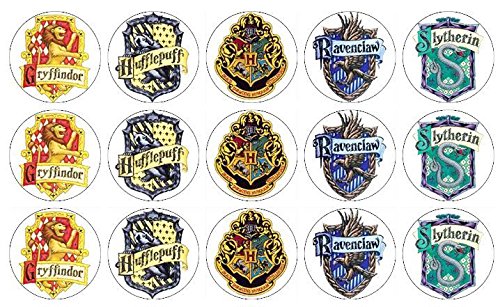 If you’re interested in how to make harry potter house reveal cupcakes, but aren’t the biggest fan of the sorting hat cupcake ideas, it’s easy to make some adjustments. Simply follow your choice of one of the recipes linked below Number 2, but don’t add the sorting hat to them. Top with your choice of toppers, or simply ice to hide the colors below.

You can also have some fun with the insides, changing them to whichever filling you desire – different colored M&Ms are popular, but you can do this with any candy or type of frosting.

If you’re still stuck on what you’d like for your cupcakes, this video below by Craft Factory has a few fresh ideas. This even includes a mandrake-inspired cupcake made with fondant! Take a look and see what you can do to add some variety to your Harry Potter cupcakes. 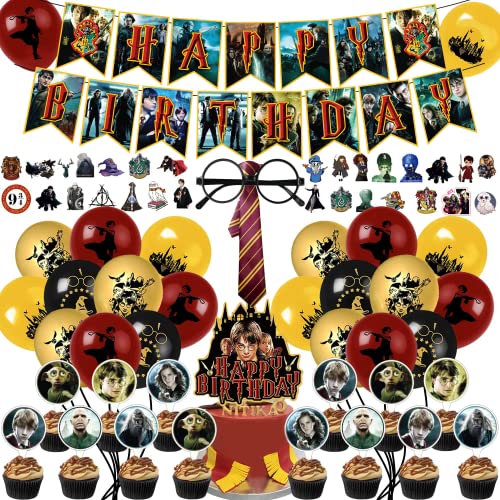 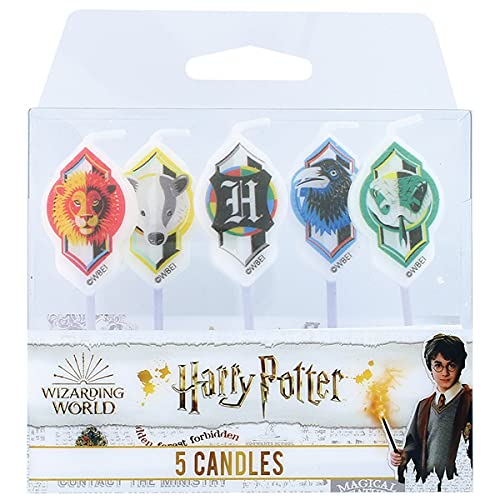 These Harry Potter house candles are prefect for any occasion, but are sure to make birthdays that extra bit special. If you’re looking for something a little different, don’t fret – there’s plenty more out there! Personally, I like these cutesy Cinereplica character candles. 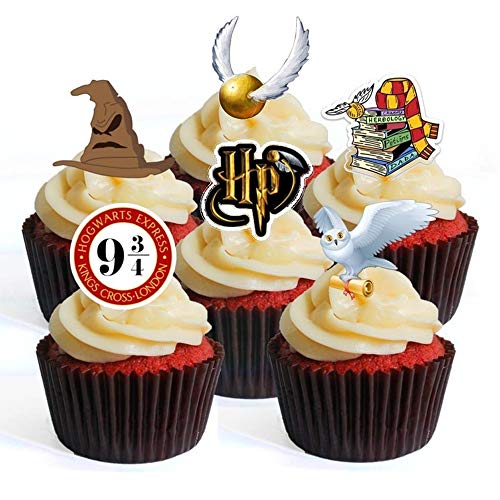 If you’d rather buy ready-made cake toppers, you’re in luck! They’re probably the easiest thing to find, with the most variety between them. You can easily find house wafers, birthday cake toppers, and even other edible movie wafers!

Cake wraps are used as an effortless way to make your cake look just that bit more professional. Hide those layers of filling by wrapping the side of your birthday cake with this reusable ribbon cake wrapper!

In addition to the multiple house one I’ve linked above, there’s also ones for individual houses, and other Harry Potter-themed ideas.

What You Will Need

The first step mostly depends on what you’re working with – if you’ve decided to make your own cupcakes, I’d recommend making something with a Harry Potter-inspired flavoring. Alternatively, you can opt to do this with the frosting instead – this is especially useful for those who bought a pack of cupcakes. Keep your cupcake frosting in theme by following this butterbeer buttercream recipe.

Once your cupcakes are made and frosted, let them rest in a cool place while you work on the next few steps. Begin to prepare your snitches by taking the ’Ferrero Rocher’ stickers off of all of your bonbons. Then, remove the brown wrappers around them so each bonbon just looks like a little golden ball.

To make the wings for your snitch-to-be, take a toothpick and your adhesive of choice as well as the paper. If you’re opting to use these golden snitch wings from Amazon, you don’t have to worry about this next step. Fold the paper and cut into long semi-circles, then glue or tape your toothpicks into the inside fold. Make sure to leave part of the tooth pick poking out. Once secure, cut strips into the bottom half of the wings like in the picture above. Then all you have to do is attach them!

4) Attaching The Wings And Finishing

Regardless of whether the wings you now have are the Amazon version or paper, the next step is to attach them to the bonbons. For the toothpick wings, simply stick the toothpick ends of both wings into either side of the snitch. If you’re using the golden wings from Amazon, take a little double sided tape and stick them to the top of the Ferrero balls. The final step is to simply place your snitches onto the cupcakes. And that’s all there is to it! You can serve them with Hogwarts acceptance letter-themed Harry Potter cookies.

Harry Potter Cupcakes – What Should I Do?

The good thing about making DIY themed cupcakes is that your limit is as wide as your (or other people’s…) creativity. You can even go all out and make house-reveal butter beer-flavored cupcakes with matching frosting and hand-made Harry Potter edible toppers if you’d like! It’s also great the other way round – if you’re too busy prepping all the other things that come with a themed party, you have the convenience of ready-made cake toppers, wraps, wafers, and party packs at your disposal. Either way, it’s a win-win!