Animal products – they’re a huge part of many foods, which is why you may be asking yourself what animal products Doritos contain – or you may be asking do Doritos have pork, specifically. Whether from pure curiosity or because of religious reasons or an alternative lifestyle, there are plenty of reasons to wonder where Dorito’s ingredients fall.

In this article, I’ll be going over which – if any – varieties contain animal products, and whether or not these items are halal or vegan and veggie-friendly.

Lets get into it!

What Animal Products Are In Doritos?

Ah yes, Doritos. When it comes to halal status and vegetarianism, they’re far more cut and dry than trying to sus out hot Cheetos’ pork content.

Similarly to Cheetos, many have wondered if Doritos are ‘safe’ to eat – some are concerned about pork enzymes, while others worry about any animal products at all!

So, lets break down what you should keep an eye out for when buying chips first.

Wait, Do Doritos Have Gelatin Too?

You’ll certainly be glad to hear that Doritos – and pretty much all other chips – don’t contain any gelatin!

This common misconception was likely formed from the knowledge that certain sweets contain gelatin. As gelatin made otherwise innocuous candies unsuitable for vegetarians, it is sometimes assumed that must be the same reason why other unsuspecting foods break dietary restrictions.

Do Doritos Have Pork Enzymes?

Now that we know gelatin isn’t in the mix, there’s a more likely suspect to discuss – porcine enzymes.

Porcine enzymes – meaning enzymes derived from pork – are, well, exactly that! They’re well known for infiltrating otherwise ’safe’ foods like chips and cheese. This is because these enzymes are usually used to make rennet.

As I mentioned earlier, rennet is an ingredient used to make cheese – it causes curds to form, and is made using enzymes harvested from an animal’s stomach. The main trouble for Muslim consumers is that this can be harvested from any ruminant mammal, including pork.

However , these animal-based enzymes – even if they’re not porcine – are likely haram. This is because not many producers in the west follow Islamic law for animal slaughter. Even so, it’s difficult to find out what slaughter procedure was used as it isn’t advertised on the final cheese product you buy.

Fret not, there is hope! A common veggie-friendly version of rennet exists. This vegetable rennet is derived from plants or via microbial means – when these rennets are used to make cheeses, the end result is considered vegetarian and halal.

So, are the cheese products in Doritos made using vegetarian cheeses?

So, this is what its come down to – are Doritos vegetarian? Well… Yes and no.

Most varieties of Doritos are not vegetarian – BUT, there are a few that stick out.

So, are any of these Dorito chips vegan? Luckily, the answer is yes!

There are only three vegan Doritos flavors so far out of twenty-one. These three are:

If you’d like to double check and ensure they’re aligned with your dietary restrictions, simply visit the Doritos website. Additionally, as Doritos are owned by Frito-Lay, check their website’s dedicated ingredients section. You can filter out and see which products suit your needs.

All of the remaining Doritos flavors contain milk or chicken-based ingredients. The “Jacked Ranch Dipped Hot Wings” and “Salsa Verde” have animal-based ingredients and so are not veg-friendly in any matter.

Unfortunately, Frito-Lay does not comment on whether the rennet used in Doritos is vegetarian or halal. The remaining Doritos all use rennet and so they’re best to avoid if you’re following certain guidelines.

And now, for the big question… The answer is mostly NO.

Unfortunately, the majority of Doritos flavors are not vegan or vegetarian, which means that Doritos varieties derived from animal products have a dubious halal-status at best. And while halal doesn’t equate to vegan, most vegan products are also halal. As explained before, this is because we don’t know if the animals used to create the rennet were halal. They could have been pigs, or maybe animals that weren’t slaughtered in the correct manner.

However, since the amount of rennet that actually makes its way into Doritos is minute, some choose to ignore it. There is a lot of debate between muslim scholars on what percentage makes something haram, or whether its just the intention behind consuming it that matters. This means that whether or not Doritos is halal is, at least in part, subjective – it is your personal opinion and choice that will guide you in this.

Which Doritos Are Halal?

Do Purple Doritos Have Pork?

As of year 2022 and in accordance with the latest Frito-Lays update, the answer to this is no. Purple (Spicy Sweet Chili) Doritos don’t contain pork.

In fact, they’re one of only three vegan Dorito flavors!

Spicy Sweet Chili is very, very likely halal, despite not being actively advertised as such by Frito-Lay themselves. 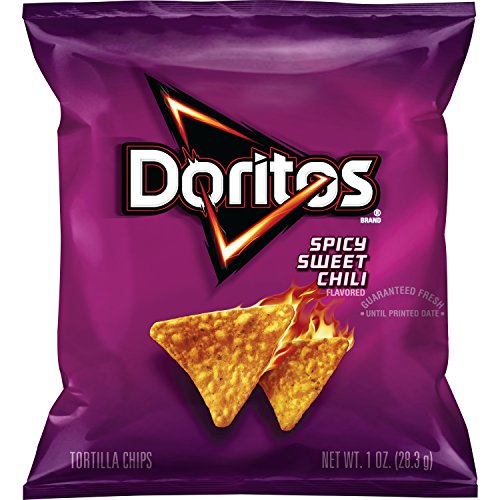 Do Blue Doritos Have Pork?

The most uncertain of all the questions so far – are blue (Cool Ranch) Doritos halal?

While we don’t know if they contain pork specifically, we know that these Doritos contain rennet. This rennet likely comes from animals that may have been slaughtered in any way, meaning that it is most likely not halal – at least not in Western countries. In addition to this, we don’t know what kind of animal was used to make the rennet, so Cool Ranch Doritos may very well contain pork. 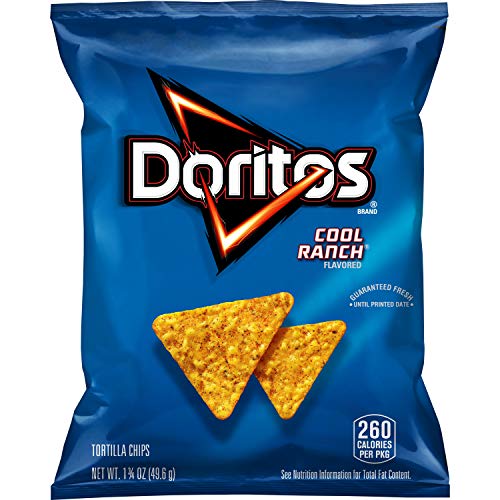 To serve as a general guideline, I’ve added in the ingredients list for Original flavored Dorito’s. To see the full ingredients list as well as ingredients lists for other Doritos varieties, be sure to visit either the Frito-Lay website or the Doritos website directly. 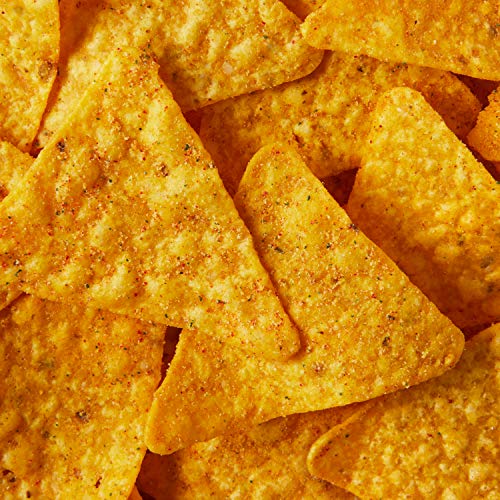 Most varieties of Doritos are not vegetarian – BUT, there are a few that stick out.

There are only three vegan Doritos flavors so far out of twenty-one. These three are Spicy Sweet Chili, Blaze, and Toasted Corn Tortilla Chips.

Unfortunately, the majority of Doritos flavors are not vegan or vegetarian, which means that Doritos varieties derived from animal products have a dubious halal-status at best.

Doritos And Dietary Restrictions – A Summary

Like many other products, Doritos are a tricky food for those with dietary restrictions to navigate. However, it does have it’s saving graces – there are three Doritos varieties that vegans generally consider suitable, as well as vegetarians, and those following a halal or kosher diet. These consist of the ’Sweet Chili’ or ’Chili Heatwave’, ‘BBQ and Chili’, and ‘Lightly Salted’ flavors.

A simple way to avoid eating restricted Doritos is to look for the ’made with real cheese’ symbol – if it isn’t present, then the Doritos are (LIKELY!) safe!

Whew. That was long! I hope that you now know not only which Doritos are right for you, but also what to look for and be cautious of in other foods when adhering to dietary restrictions.