When visiting a supermarket relatively often you can grow quite attached to certain products and brands. Mmostly because they are just good and reliable. Stouffers stove top stuffing is just that. Reliable and high quality. Although, maybe that is just what you have grown to believe.

What is Stouffer’s Stovetop Stuffing?

If you are one of the people that fondly remember the stove top stuffing made by a company known as Stouffers, then you would be quite surprised to know that this is a lie, a fabrication.

Stouffers is a brand that sells frozen foods and frozen meals exclusively. Yet, many people growing up in the 80s seem to recall it also marketing a product known as stovetop stuffing.

It is not like traditional stuffing that can take ages to make, Stouffer’s stuffing, or what it was believed to be, was a type of stuffing that could be made on the stovetop with nothing but a pan and some water. If you remember Stouffer’s stove top stuffing, then you are a victim of the Mandela effect.

What is the Mandela Effect?

The mandela effect is a very popular widespread phenomenon where a large group of people all seem to believe or recall the same incorrect memory or information.

While everyone knows that memories are not entirely accurate and are prone to change as we get older and forget smaller details, the Mandela effect goes deeper than that.

It is completely normal for a single person to mistakenly believe something that they could swear they knew when they were younger. It is quite scary for a large group of people to all make the same innocent mistake.

The naming for this effect comes from the widespread false memory that Nelson Mandela, the South African human rights activist and eventual president, had died in prison in the 1980s. This, whether you are learning for the first time now or not, is actually a lie. Mandela served 27 years in prison, became the president of South Africa, and then passed away in 2013.

While this phenomenon has been around a lot longer than this – the effect was coined the ‘Mandela effect’. After all, so many people had mistakenly thought that he died in prison.

There are many reasons that memory may become incorrect other than just forgetfulness. False memories can sometimes be generated by our minds in order to fill gaps that the mind has no other memory of. These are called confabulations and can make the person undyingly swear that they are telling the truth. This is not a form of idiocy or anything similar. To them, they are telling nothing but the truth. It is essentially what their brain has called the truth, and they have no reason to deny it.

Alongside Mandela’s death and Stouffer’s never making stovetop stuffing, there are a lot of other cases where a large collection of people have all remembered the same thing.

While it may seem trivial, other examples of this effect taking place are people believing the wrong things about some cartoons. The famous cartoon show “Curious George” depicts a monkey as the main character. While it is a seemingly innocent show, many people swear that the monkey had a tail. This is incorrect as, despite being a monkey, Curious George never had a tail.

Another example of this is the incredibly popular show “Looney Tunes“. And before you ask, no. I did not spell it incorrectly. Despite having no logical sense at all – the show is called Looney Tunes. Many people believe it is Looney Toons, with the latter word being an abbreviation of “cartoons”.

What Happened to Stouffer’s Stovetop Stuffing?

Nothing happened to Stouffer’s stovetop stuffing, as it never existed. But you will be delighted to know that the product is not a complete fabrication of your mind.

There is an incredibly similar product that is stovetop stuffing although it is owned by Kraft. 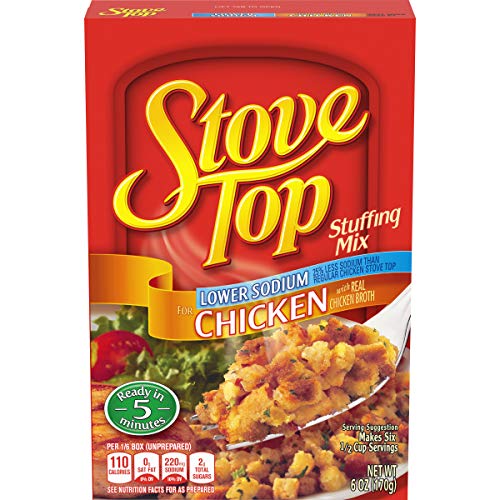 Stouffer is a business that retails frozen meals and other frozen goods. These are to be heated up and instantly eaten. Maybe so many people assume the stovetop stuffing is from Stouffer because of how in line it is for the business to make something like that.

Don’t forget to stop by our post on what else to eat with turkey!