If you’re looking for a new cereal to start off your day, you may have run into both Corn Flakes vs Bran Flakes. Maybe you wondered, “what’s the difference?”

In this article, we will explore how these two popular Kellogg’s cereals stack up against each other, and which is the better cereal overall.

Are Bran Flakes and Corn Flakes the Same?

No, they aren’t. Although they are both considered “flakes” and originate from the same Kellogg’s company, the two aren’t identical. 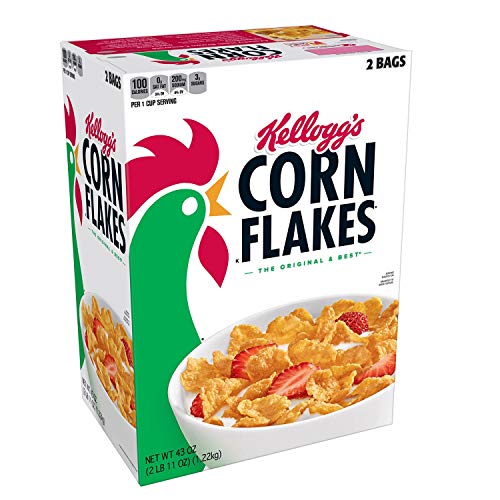 Bran Flakes are different in that they are made from whole wheat and wheat bran. They are surprisingly higher in sugar at 6 grams per serving. This is likely because the ingredients include brown sugar syrup and white sugar. Nevertheless, Bran Flakes can still be considered a wholesome pick for breakfast, for reasons we will explore late in this article. 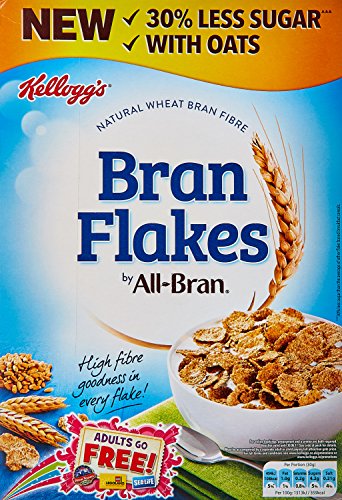 That depends on what you mean by “better”.

In terms of nutrition, the two nearly break even. In one aspect, Bran Flakes are a much better choice than Corn Flakes because of all of the fiber the cereal packs.

Still, Bran Flakes contains 6 grams of sugar which is nearly triple what Corn Flakes contains. As such, we find that the winner in this category would be dependent upon what your needs are in terms of diet and nutrition.

Some people even like to eat cereal with water instead of milk to cut calories. So we suppose that’s an option if you’re worried about calories.

In regards to taste, we think that most would agree that Corn Flakes are preferable. Their light, airy, and the satisfyingly crispy crunch is often preferred over the heavier mouth-feel of whole wheat and wheat bran included in Bran Flakes.

When all is said and done, the cereal that is “best” will depend on your own personal taste.

Can You Substitute Bran Flakes for Corn Flakes?

When using Bran Flakes to substitute Corn Flakes and vice versa, you’ll want to consider the recipe you’re using. In some cases, switching out the two will be remarkably noticeable. And depending on the dish, it may completely change the texture or flavor.

Having said that, some recipes, such as those that call for crushed corn or bran flakes, won’t likely suffer too much if you swap the two. We recommend you experiment and see what you think; otherwise, it may be best to keep recipes calling for either type of cereal as is.

Corn Flakes vs Bran Flakes: The Two Are Quite Different!

To conclude, while Corn Flakes and Bran Flakes are produced by the same company and have similar names, the two taste quite different. In addition, the two kinds of cereal are made of different ingredients. They also offer different benefits to the one consuming them. You’ll likely need to determine which is best for you based on your dietary needs and taste preferences.

We hope this helps clear up any confusion surrounding the difference between Corn Flakes and Bran Flakes!