If you’re wondering, “can you reuse coffee grounds for cold brew?” it’s likely that you already know the cold brewing process but don’t want to toss those precious grounds in the trash. We hear you! In this article, we’ll be sharing with you a way that you can effectively reuse your coffee grounds to make at least two batches of cold brew coffee. Read on to find out how!

Can You Brew Cold Brew Twice?

Firstly, can you brew cold brew coffee twice? You sure can.

You can use grounds for cold brew multiple times, but you will need to use a particular technique to ensure that your second batch is just as impressive as the first.

So exactly how many times can you reuse coffee grounds for cold brew? Ah, that is the question, isn’t it?

To be honest there isn’t a clear-cut answer to this. To be safe, we’d recommend you do no more than 2 batches of cold brew using the same grounds. Overbrewing them may cause them to lose their flavor.

Of course, if you don’t mind flavorless cold brew, then go ahead and reuse your coffee beans as frequently as you wish. But we’re not sure you’ll like the results much after the second cycle through.

How to Reuse Coffee Grounds For Cold Brew

As previously stated, it is entirely possible to reuse your coffee grounds for cold brew. But doing so in a fashion that will yield the most flavor requires technique.

Thankfully, reusing grounds for cold brews are a lot more forgiving than hot brewing methods. But this doesn’t mean that you should go about the process in a willy-nilly fashion.

Below are the steps we recommend taking to ensure a delicious second batch of cold brew by using coffee granules over again.

Step One: Grind Your Beans

The first step is to select your roast and grind your beans. The roast that you pick will depend on your preference. However, we recommend you pick either a medium or dark roast. Once you’ve decided which is best for you, grind your beans coarsely.

Grinding your beans coarse rather than fine, helps you to be able to remove the grounds easier when it comes time to strain them.

Why is this important?

Because leaving any fine residue of ground coffee in your cold brew is going to cause the drink to continue to “brew” even once you’re done brewing. The result is a drink that grows progressively pungent as it continues to sit in your fridge. The aftermath will be bitter and unpleasant.

Thus, coarsely ground beans are definitely the way to go!

Grab two jars (or whatever you plan to use to make your cold brew in). Set one jar aside to be used later.

In the first jar, add all of your coarsely ground coffee beans and half the amount of water you’d normally use. Do not use more than this because you’ll be diluting this brew later. 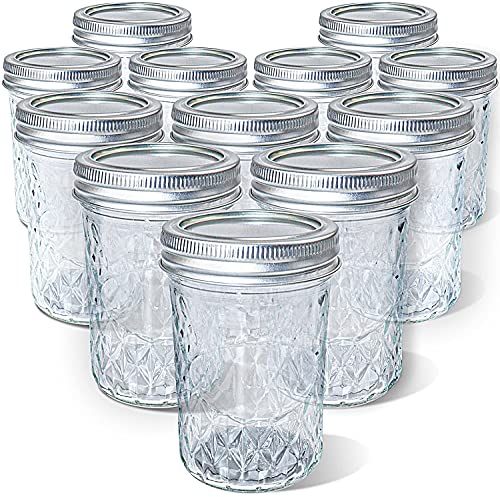 This step is very important. Brew the batch of coffee beans and water that you have in the first jar for at least, but no longer than, 8 hours.

Past 8 hours, you’ll be sucking much of the flavor out of the coffee grounds that will be needed for your second batch.

Therefore, it is important that you stop the brewing process at 8 hours before moving on to the next step.

Now, you will transfer some of your granules.

Add the remaining amount of water that you initially left out of the first batch to the coffee now.

For example, if you added half a cup of water in the beginning, go ahead and add the second half a cup now.

Once finished, place the top on the jar and put it back in the fridge to continue brewing until it has reached 12-18 hours.

Once your first batch is done brewing, go ahead and strain your cold brew.

But don’t throw out those grounds! Add the grounds from this batch to your other coffee grounds that should be in a jar in the fridge. Add to that same jar the normal amount of water you would need to properly make a cold brew.

Step Six: Wait it Out!

Let the new brew sit in the fridge for about 8-12 hours or until it reaches the strength desired.

What Can I Do With Leftover Coffee Grounds From Cold Brew?

Aside from using your cold brew grounds for making coffee, you can find plenty of other uses for coffee grounds of any sort.

Check out the following awesome ways to use up old coffee grounds:

Can You Reuse Coffee Grounds For Cold Brew? Yes!

As you can see, reusing coffee grounds for cold brew is totally possible.

Still, to do it in a fashion that will yield the best flavor, you’ll want to use our detailed technique. By doing this you’ll not only be able to whip up two delicious batches of cold brew coffee, but you’ll feel good knowing you got dual use out of your grounds.

Don’t forget to check out the many other ways you can use coffee grounds – have fun experimenting!

Can you use old coffee grounds for cold brew?

Can I steep cold brew too long?

Yes, cold brew steep time is important because steeping too long can leave you with bitter and unpleasant results.